You are here: Home / About Us / History and Goals

The History of Wellington Laboratories

Wellington Laboratories Inc. (Wellington) was incorporated in February 1980, celebrating its 35th anniversary in 2015.

In the late 1970’s, PCBs were known environmental contaminants, whereas chlorinated dioxins (PCDDs) and furans (PCDFs) had only recently been considered as threats to the environment. In addition, there was very little information as to the toxicity of PCBs, PCDDs and PCDFs, particularly long-term effects.

The scientists that founded Wellington had, for many years, synthesized individual congeners of PCBs, PCDDs, PCDFs and other halogenated aromatic compounds for their own research. Requests for samples of these compounds and custom synthesis of related compounds became overwhelming, and Wellington was formed to respond more quickly and efficiently.

In January 1983, Wellington released it first catalogue, offering PCB, PCDD and PCDF congeners. This catalogue was only 4 pages in length and listed approximately 75 individual compounds.

In the ensuing years, Wellington added more staff and lab space, and devoted itself to a considerable amount of research and development. This has led to the current catalogue, posted on this web site, which contains well over 1000 products.

Wellington will continue its research efforts with the goal of developing additional reference standards of compounds that pose a risk to environmental and human health. 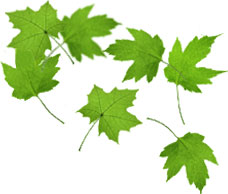 Without compromise, Wellington will support and promote our reference standards with science.